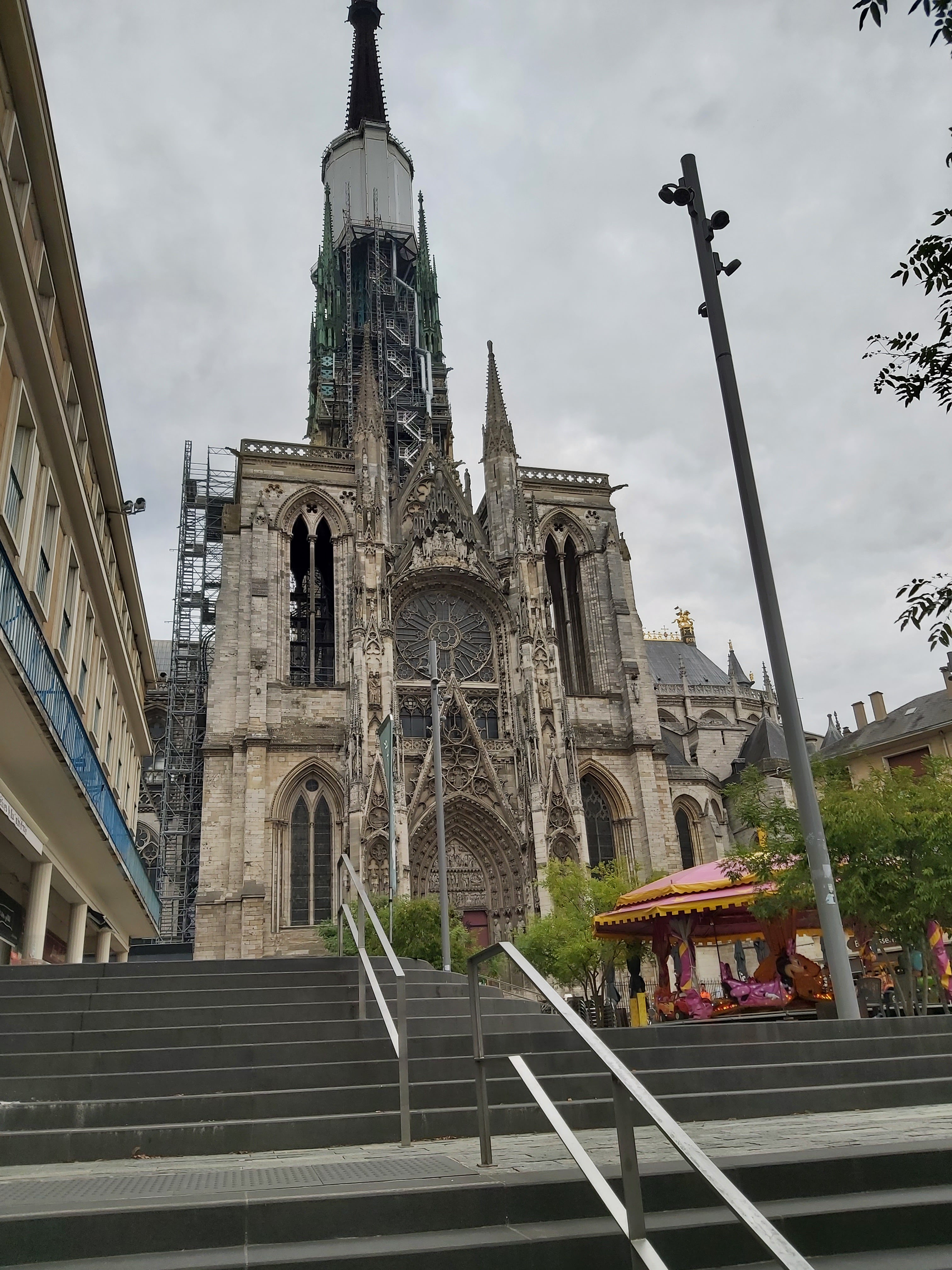 It is odd that it took me a while to add Rouen cathedral to the blog, given that I walk past it almost every week on my way to work. It is mostly famous for having been painted by Monet (I mean he painted pictures of it) at different times of day with different sunlight effects. I finally went in to take photos shortly before closing time, so all the parts behind the main altar got missed out. Will have to go back to add more pictures. I also included more outside pictures than usual, but then the outside is spectacular. Some of it goes back to the 11th century. Fabulous Baroque side altar, check. Low-key style pulpit, check. Soaring Gothic arches, check. Handy sword, check. Thirteenth century stained glass, check. Also, a pretty confessional. Richard the Lion Heart is buried here (well only his heart actually), as is Rollo (the duke not the chocolate). Information in English Information in French Information in Picard
Enregistrer un commentaire
Read more » 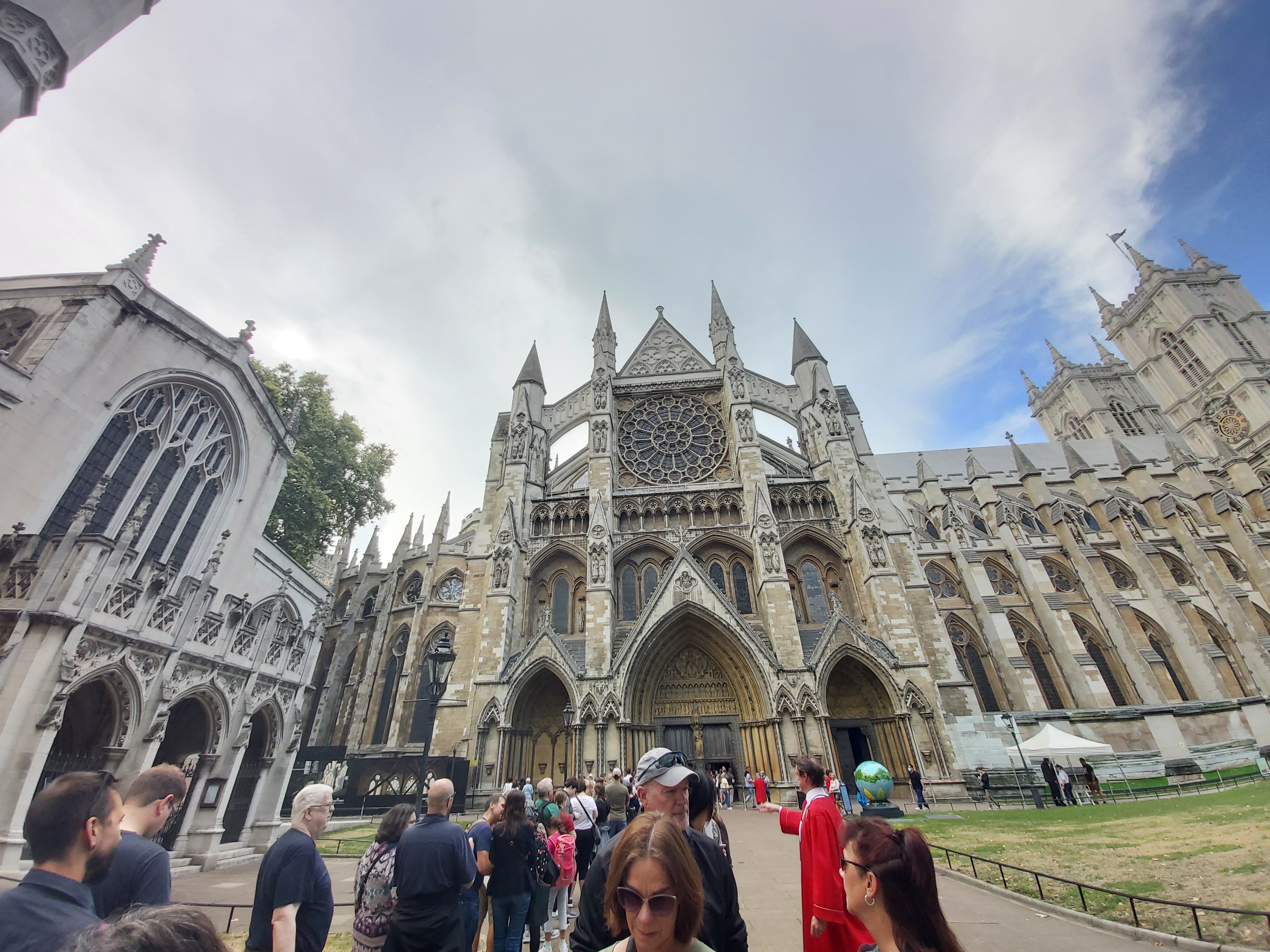 My little amateur blog was a bit intimidated to be visiting Westminster Abbey. The abbey is an exceptional building. It is not controlled directly by church authorities, but by the monarch himself or herself. Perhaps this is why you have to pay 25 pounds to get in, since we all know the royal family is short of a bob or two.   I have friends who do not like cathedrals, because they represent for them the power of religion, which has very frequently been deployed in the interests of the 1%, against the mass of the people. But cathedrals were built by workers, not bishops, and they often employed the best artists of the time.   To get back to Westminster Abbey, this is of course where you get coronated and buried if you are a king or queen. But some important people are buried here too. Poets and scientists in particular, the most recent name being that of Stephen Hawking. As well as actual tombs, there are many commemorative plaques for respected writers and scientists, from Farad
Enregistrer un commentaire
Read more »
Autres articles 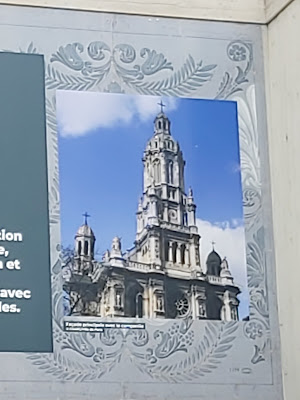 Informations en français Information in English Information in Russian When I came to visit this church it was in the middle of a major renovation of the outside, which is a chance to explain a few things about churches in France for people who come from elsewhere. At the beginning of the 20th century there were laws and negotiations sorted to deal with relations between the State and the ( pretty powerful) Catholic Church. One of the decisions is that all churches built before 1905 would become the property of the local government, who would lease them free of charge to the parishes (the cathedrals became the property of the national government). One of the advantages for the Church is that, as I understand it, repair and renovation is a government responsibility. We can see this in some of the signs on the outside of the church, shown below. There is a non-religious tone to some of them ("a new church for a new neighbourhood!"). Such historic monuments are now allowed to
Read more » 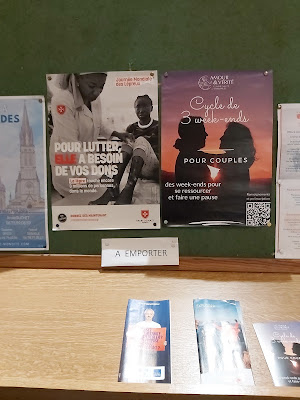 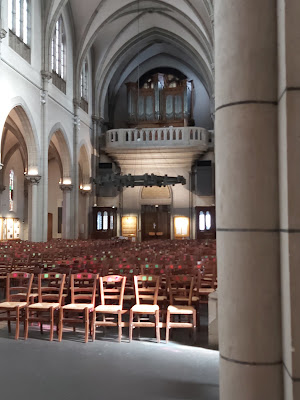 The churches show a lot about the history of Paris. In a building belonging to the parish of Saint Hyppolite in the 13th arrondissement, a smaller church "Our Lady of China" was established for the large Chinese population in the neighbourhood. As well as religious services, the church proposes French lessons, Chinese lessons, Tai chi, and other classes. Notre Dame de Chine: information in French  Information in Chinese Saint Hyppolite: information in French  Inside the Saint Hyppolite there was a small historical exhibition about the help for poor people organized at the beginning of the 20th century.
Read more »